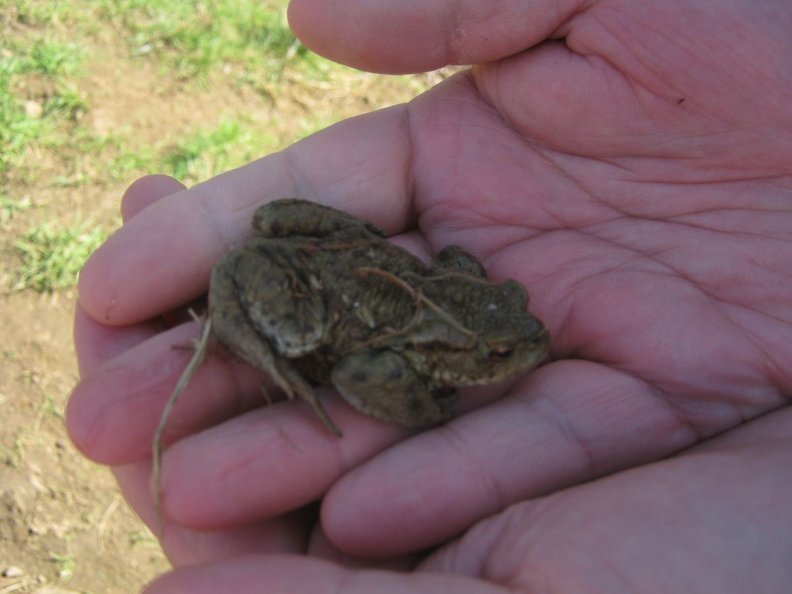 the first of many, many frogs / toads we encountered during the walk. The warm weather appeared o have brough them out of their winter hiding, the sringtime sun slowly warming their blood up to an acceptable level.