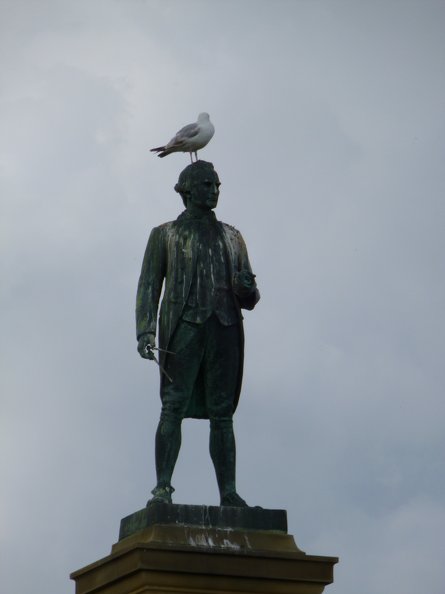 The seabirds apparently like using the statue of James Cook as a good viewpoint. And a toilet.

The second trip to Whitby in two weeks, this time only a short stay, simply to visit a record shop. I ended up spending much more than I should have, and also found that the shop owner was also a fan of Sinead Lohan.

Second part of the day was spent in Scarborough. Although the weather actually started out nice, it soon changed, and began to hoy down. Of course, this gave me more reason to nip in and out of the various charity shops, spending more money on records th an eas financially viable.