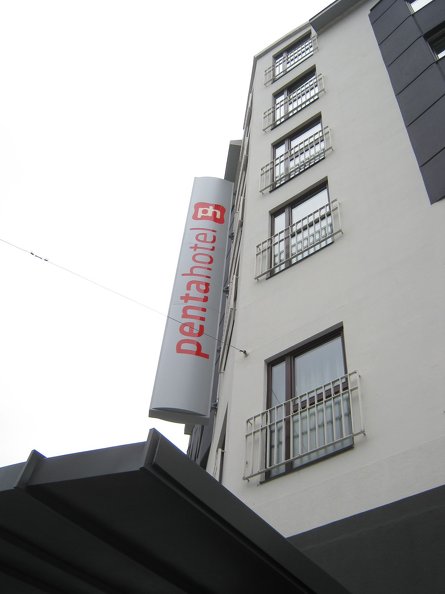 Off we went, back to the hotel. After the early start, I was starving, and so was Jonathan. While Chris got himself up and about, me and J just had dinner at the hotel. Jonathan opted for the schnitzel, and I had a chicken breast / ham concoction. It appears that the hotel normally don't do a lunch menu, at the amount of time it took to prepare it was nobody's business. It was, however, really nice.

The plan for the afternoon was to visit one of the locations where "The Third Man" was filmed. This was Jonathan's little interest, so we headed over to Karlsplatz, a mere two stops on "t' untergrund" from where the hotel was. Now, this particular exhibit was interesting. there was no booking office, just a van, with some guy and his laptop. We inquire about English trips, and find out that all of the tickets must be done online. We get given another pamphlet off the guy, and we look at each other with what to do for the rest of the day.