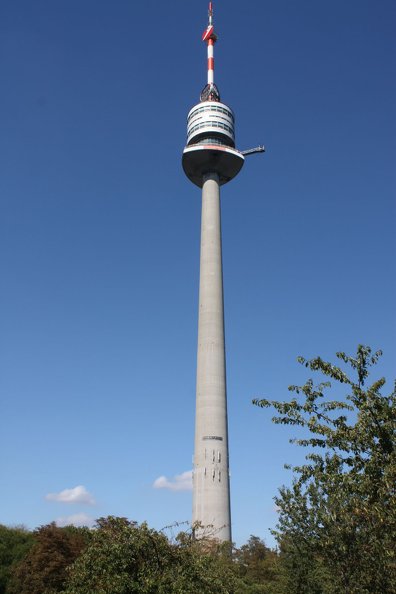 Day 7 of the Vienna holiday, and the last full day

The final day begins! It was a mere 24 hours until I'd be flying into Newcastle airport, therefore, I wanted the final day to begin early. It... er, didn't. C+J were sound asleep intil about 10:30, despite making plans to get up early, as it was pretty much the end of the holiday. Still, one thing that was in our favour was the weather. It was absolutely boiling, and probably the warmest day since we'd got there. My first priority was to get some photos for this blog, so I started off with "The Little Stage", where the previous night's "festivities" were still sinking in...

That was the bar we'd spent most of the nights in. We were to give it a miss on this last night.

One other thing, as I mentioned was the "street art". One particular one I hadn't mentioned was on the outside of the Pilgramstrasse underground station, and clearly visible whichever platform you exit from. I think I'm more interested what goes through people's minds when they design such drawings.

We headed back to the museum quarter, because I was particularly interested on what was happening at that harvest festival we'd found the day before. Turns out, not a lot. I'm not sure if they were still setting up, but there just seemed to be a load of tents. Maybe if the language barrier hadn't been in the way, we might have got somewhere, and knew enough about what was going on. We didn't, and left the place pretty quickly, but not before I walked out into the path of a passing cyclist, presumably getting insulted in another language. Whoopsy.

We walked around the shopping area for a bit, which was a complete waste of time. Pretty much everything had five figures before the decimal point, and I was day 2 into my £3 Matalan T-shirt. I didn't really feel in place.

One thing I wanted to do, was to go up the big tower we'd seen in previous days. I missed the opportunity to go up the one in Berlin. I didn't want to miss this one.

From our walk in the previous day, I knew it was one or two stops after where we'd got on the underground, so we knew we'd be in the vacinity of it when we got off the underground. It was the "Commercial Quarter" this time. I wonder, just how many quarters there were. This area was very modern. Construction was going all around us, and there were some interesting building designs. Oh, and LED streetlights.

By the way, Chad. No matter how many times you post "Lamp Post Goof" as a comment, it's not getting published. How old are you? Six?

Anyway, we reached a park area, which I now know as "Donaupark". It was still about half a mile away, though the perspective made it look longer. I must admit, the standard of "mindless graffiti" here was rather more upper class here, than back home in Hartlepool.

A short walk though the park (for me, still with blisters, it was like a short walk with rusty nails in my socks) later, and we arrived at the tower.

I clearly had no problem with the height, but Chris did. He really didn't want to go up there. There was no point trying to get him to go up if he didn't want to, so I'd do a reconnaissance mission, go up there, do what I wanted to do and see if it was as high as it made out to be. Chris could then go up with Jonathan if he wanted to.

I paid my money, and headed off to the lift. The lift had a clear ceiling. As it went up, lights illuminated the lift shaft. The fact that it literally took seconds to reach the top caused confusion between me and the poor lady whose job it was to go up and down a shaft for minimal pay (f'nar!). I have the conversation 'on tape' as I forgot to stop the camera. I've not dared listen to it yet. I remember it in my head as being "awkward". Tsk. They leave me on my own for five seconds...

The view was just as spectacular as I've hoped. Usual rules apply. A picture says a thousand words...

What I didn't know, is that there was a revolving restaurant above my head, and I only found that out by Jonathan telling me, after his trip up there. Bugger.

We hastened back from whence we came. I'm not sure if that sentence is valid in English, but it meant we returned back to the expensive shopping precinct, as Jonathan had ran out of clean shirts, and sharing a plane ride home could be rather unpleasant for those concerned. To be honest, I know fuck all about fashion, but I know one thing. Certain shops that look expensive ARE expensive. The first shop we went into, I just knew he wasn't going to get anything out of here. All of the brand names were the same as at home, except that I'd scoff at paying £50 for a certain brand of shirt because of its label. I think I let out an audible cry when I picked up the same shirt, with a €150 price tag. Good lord, I'll stick with Matalan. At least if I spill curry onto it, there's not much of a loss.

The second shop we went into was a little more reasonable.One thing that struck me as odd was the fact I nearly stood on a dog. No, really. There were dogs on leads walking around the shop. I kid you not. Jonathan managed to find a shirt for the journey home, while I was quite happy to recycle a previously worn one. You know, sometimes I have to check and make sure I'm not circumcised. (Oooo, there's a line - Ed)

There were also souvenirs bought. Not from me, you understand. I've told everyone I know I'm not bringing them anything back, in the understanding that when they go away, they don't have to bring me anything back. It's an understanding that works perfectly, even if it's a little anti-social. Fair enough, if someone requests a keyring in the shape of the Leaning Tower of Piza, they can get it themselves, I was a few hundred miles away.

Back to the hotel we went, I got a better photo of the strange orange "street art" thing I posted from earlier in the week, as well as an image of the streetlighting near the hotel. I could describe it in great detail, but I thought I'd save that for the gallery. it'd be interesting to get a picture of the streetlighting working. I've never been in a location where domestic fluorescent tubes are used...

We hammered the pool table for what would be the final time. Reluctantly, our goodbyes were said to it, as we headed off for something to eat. I was still in agony, but not due to the blisters. Because I'd spent the last few days walking like someone who'd had nails hammered into the soles of his feet, it meant I'd been using leg muscles I didn't know existed, so there was no way I was going to travel a great distance. Instead, we returned back to the '5er Brau'. there seemed to be a lot more people out this evening. this was mainly because they were broadcasting the Austrian version of "Match of The Day" on two big televisions. Still, we trusted the food, and could remember the menu. I went for the schnitzel again. I was going to go for the pork one, but couldn't remember where it was on the menu, so just pointed at the chicken one, shouting "THAT ONE"...

The food was, again heavenly,, and we headed back to the hotel. It was around 10pm at this point, so it was still early. We attempted to go for a walk, but really only got as far as around the block, as my legs were ready to fall off. We headed back tyo the hotel, and had a couple of beers outside while discussing the journey home. I think we all knew it was going to be a nightmare, but I don't think anyone knew just how bad...