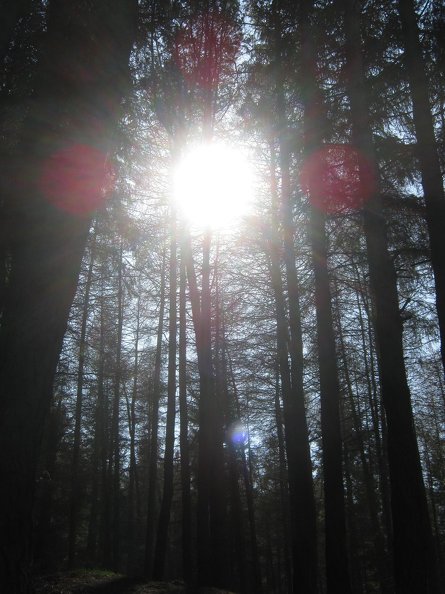 The firests around the Cod Beck reservoir are starting to thow their first signs of greenery as fresh spring grass sharts to shoot from the ground.