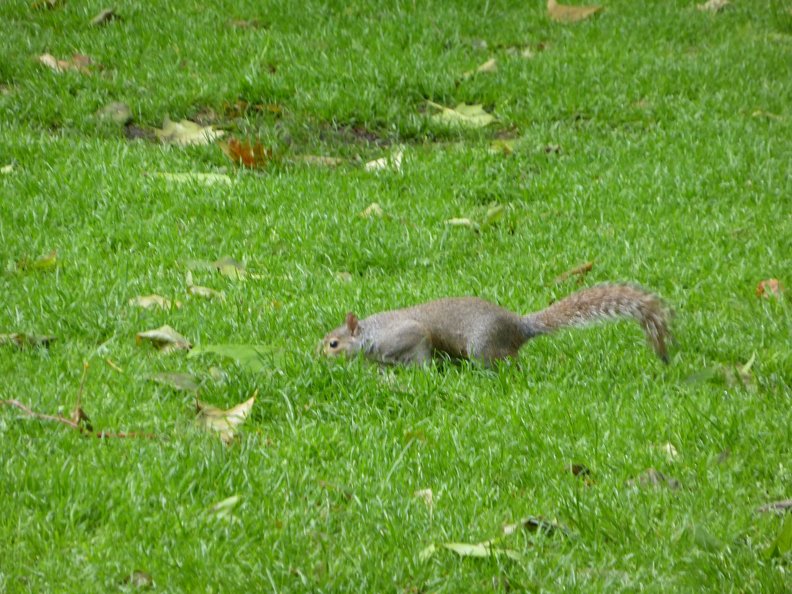 Day 3, and the most walking I'll have done for a very long time. I started off going back to Westminster, as Trafalgar Square was going to be the first diestination. I knew whereabouts it was, but not the exact location, so I walked down one of the roads, finding myself on Horse Guards Road. This was cordened off, however, and I didn't know why. Apparently, there was some ceremony going off.

The first photos are of St James's Park, and a load of squirrels. And the lake. Eventually, I ended up at Buckinghham Palace, and the parade was in full swing.

Walking up the mall, there were still crowds about. Something must have been happening. Some policeman announced that "she" would be coming past shorty. Of course, they were talking about the queen. And, before I had the chance to get the camera sorted, she went past.

Eventually, I found Trafalgar Squarre. Didn't realise that you could get a good view down The Mall, and get Nelson's column and get Big Ben in the same shot.

Yes, I'm aware Big Ben is the name of the bell and not the tower.

Also went to St Paul's, but struggled to find a decent photographing angle. Turned out I could get a good enough view of it from the hotel room.