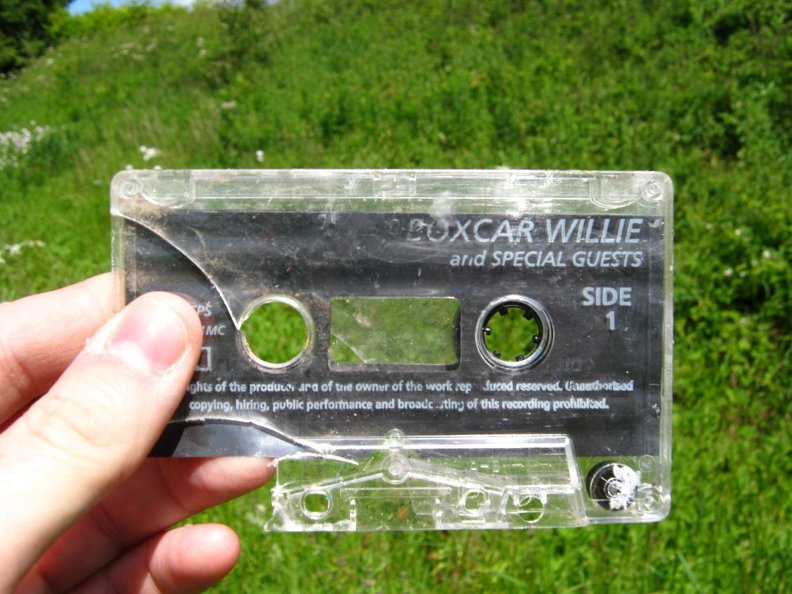 I can't say I've looked hard, but I was unable to find much information on what was once in this discarded cassette shell.

It was apparently released in 1992.

Cleverly, my thumb is covering where the catalogue number should be. Nice going.


Walk #16, a return trip from Haswell, to Hart, this time with the extra journey of getting back to my house.