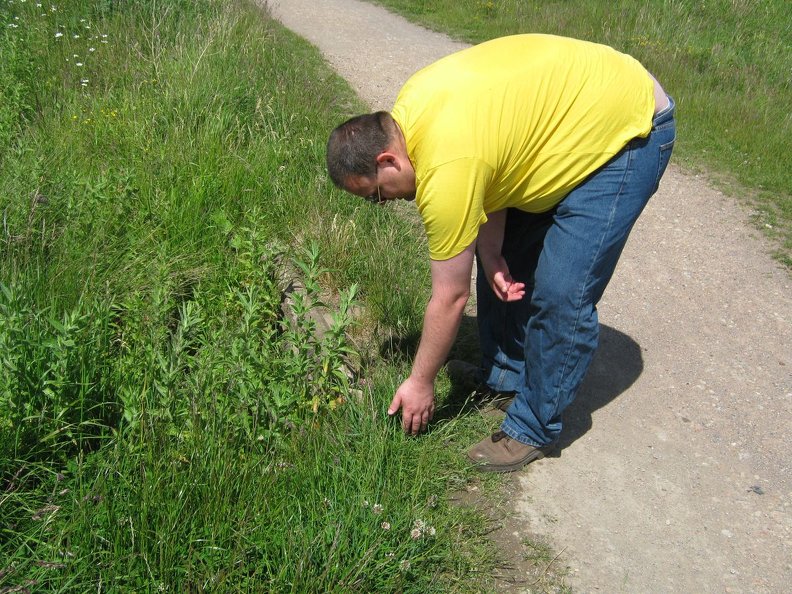 Gary rushed after the cricket which I'd attempted to photograph, resulting in unfortunate wardrobe malfunctions, which I didn't notice until I viewed these at home.

Walk #16, a return trip from Haswell, to Hart, this time with the extra journey of getting back to my house.