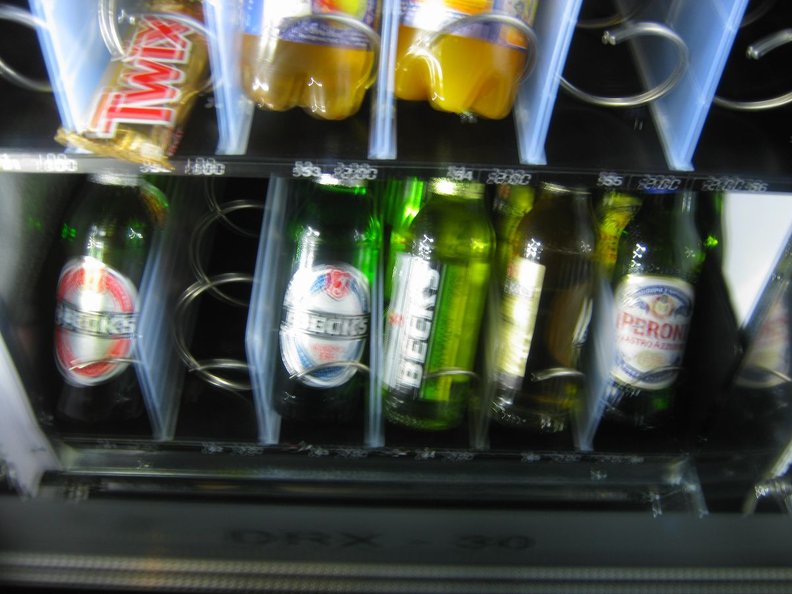 Day 1 of the Vienna Holiday

We check in, I was in 318, C+J were in 303. This was great, until we actually went to the rooms. Mine had two beds in it, and theirs only had one, so we simply just swapped, not realising this could cause problems when it came to stuff like room service, and if we got locked out of our rooms. Which it did, later in the week.

So, eventually we get our rooms sorted. I then noticed something amazing. Instead of minibars, six spes away from room was a vending machine. Not just any old vending machine, however, this one served beer...

I'd saved a bag of coins from previous holidays, meaning I had €14 to throw inside of this thing. At €2 a bottle, it wasn't cheap, but this bag of coins was classed as "bonus money", therefore I'd thrown 6 bottles down my neck, a packet of crisps and a bag of Haribo teddies. I was simply amazed, and if we hadn't swapped rooms, I'd had never known it was there.