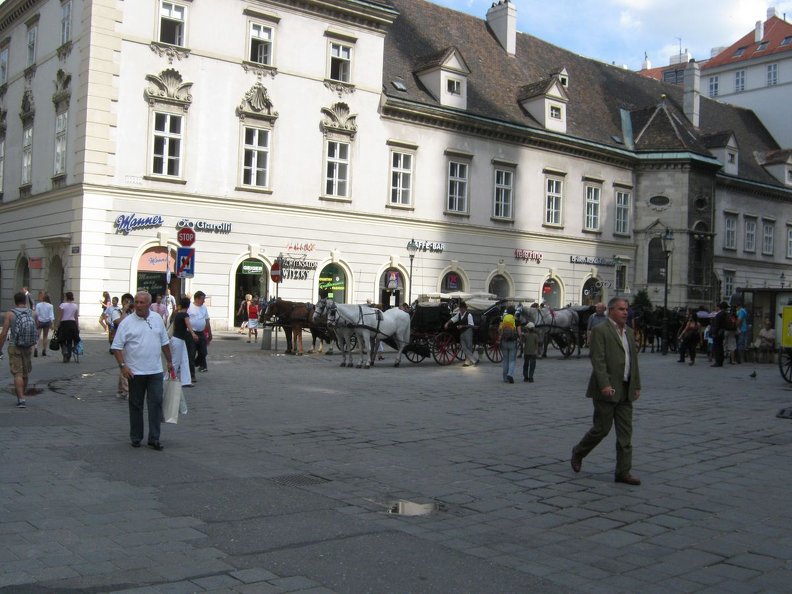 Day 2 of the Vienna holiday

A rather ornate line of taxis. Trust me though, the smell was anything but ornate.

We made use of the train tickets, and travelled to Stephansplatz. At this point, the sun was cracking the pavements. Thunderstorms were promised later on in the day, but I couldn't see it coming, as my body started to dessicate because of the heat. I literally thought my scalp was going to have to be ripped off. It turned out to be some possible reaction with the shower gel / shampoo the hotel had provided me with, as I avoided using this, and I was OK for the rest of the trip.

We walked around and found a place that might have been reasonable. It was on a barge-type of thing. I paid €4.75 for a bottle of water. Strange things happen to your wallet when you're dehydrated. We headed back up to Stephansplatz to have a look around the shops. this was sort of like the expensive part of London. Shops had watches in the window with 5 figure price tags next to them. Unfortunately, the water had pretty much broke my bank account, so a watch of that price would have to wait for another day.