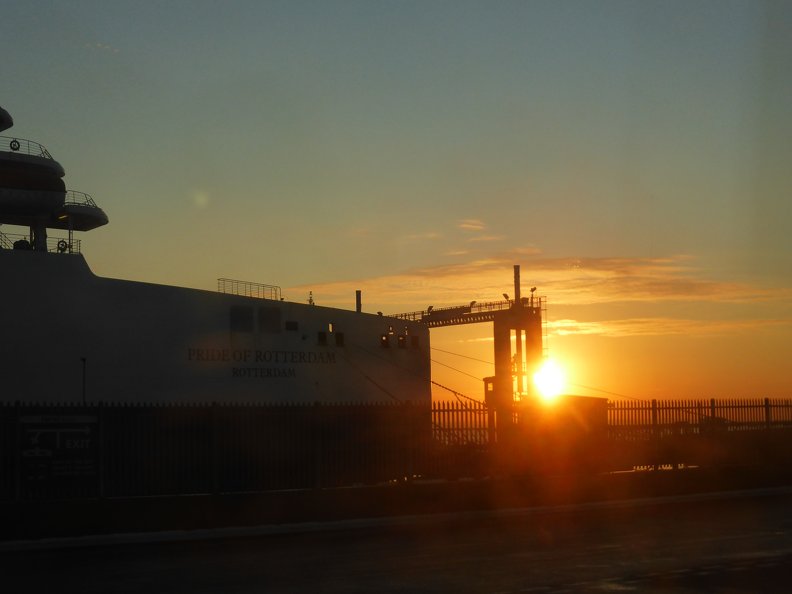 The view from the coach in Hull as we were waiting to be taken into the ferry terminal. Sunset!