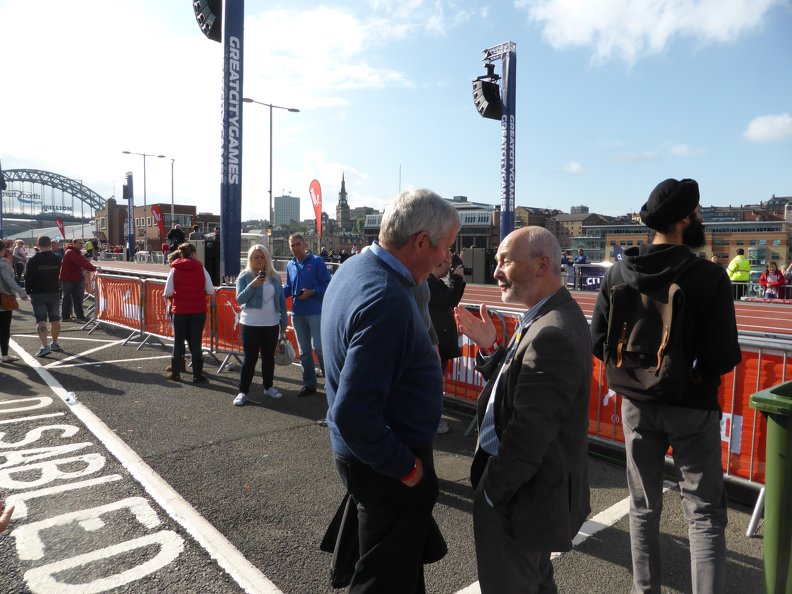 So, this is Brendan Foster. I'm beyond the age where I'd rush over and ask for his autograph. Instead, I'd take photos from a distance (zoom lend activated) and when he's not talking to someone important, rush over and shake his hand. Which is what I did. Oddly, he didn't know who I was.