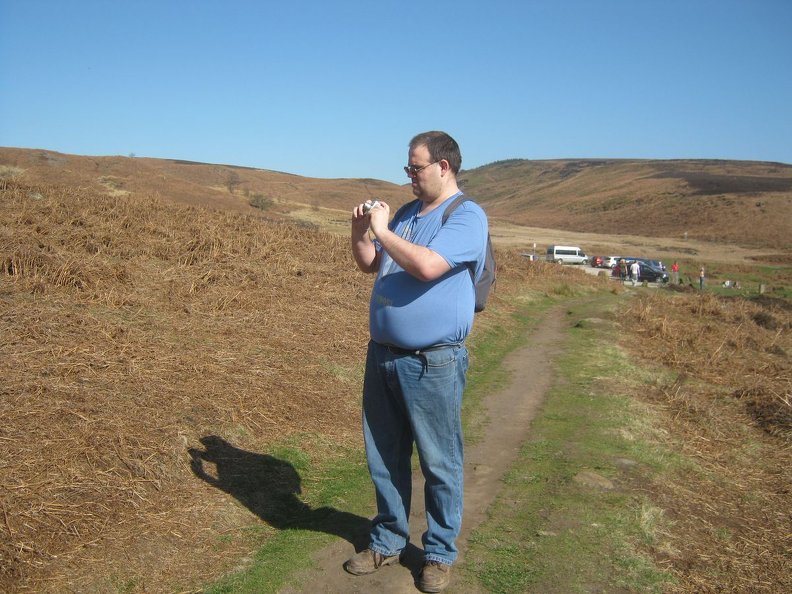 Gary tries to work out how to use my Acer camera. turns out I had it on the wrong mode, and it was taking three shots instead of one, hence his puzzled look.